Skip to content
Home > Should You Get A Desktop Or A Laptop? Let’s Look At Their Pros And Cons

Competition between desktop PCs and laptops has been going on for decades. The need to determine what is best has only grown as time has passed and more sophisticated tools have become available.

Identifying the best option that meets your requirements is only half the battle, though. It’s important to consider the CPU speed, memory size, and other specs.

It would be best if you learned more about the benefits and drawbacks of each gadget before settling on the best option. 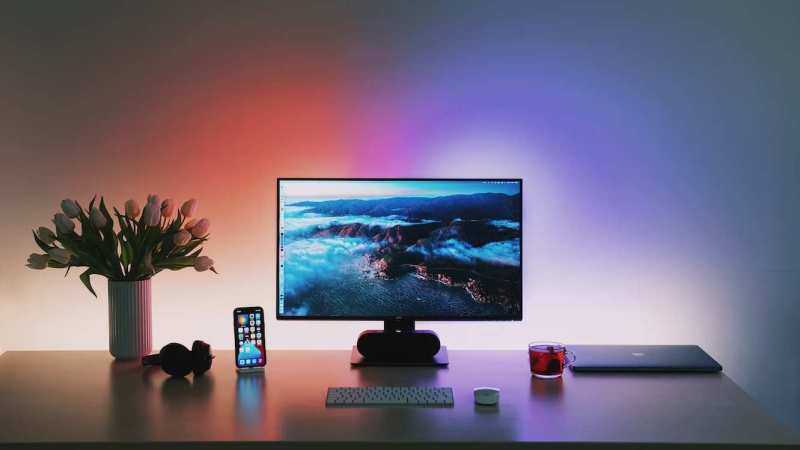 Pros Of A Desktop

The flexibility to upgrade hardware and software is the primary benefit of a desktop PC over a laptop. Additionally, if you buy a desktop, a PC builder can customize its hardware and software to fit your requirements and spending limits. Absolutely no restrictions apply. However, upgrades can always increase your PC’s performance to an entirely new level. Choose the new gadgets that will simplify your life the most, and get them right away. It’s simple to upgrade any part of a computer, whether it’s the RAM or the sound card. Another plus is that you can recoup some of your investment by selling your computer’s components.

More room means you can fit more gadgets. Good performance means you may easily satisfy all your computing requirements with one of the robust solutions at your disposal. Today, more and more software projects require high-powered computers. In addition, a desktop’s more potent hardware specs would be ideal in this scenario. In addition, nothing beats having your PC if you’re a serious player. Moreover, a low-end computer is a good option if you’re trying to save money because you can always swap out the components for something more powerful.

In the beginning, you may be puzzled by the difference in cost between a laptop and a PC. The desktop, however, has consistently triumphed under these conditions. Because it’s difficult to fit all the necessary components into such a small area, laptops cost a lot of money. With the addition of the heat sink, it becomes somewhat less humorous. When upgrading a processor, it’s simple to install a new cooling fan. However, this elementary task is impossible in the case of portable computers.

Cons Of A Desktop

This disadvantage is related to the issue of portability. Since the PC requires several auxiliary gadgets to function, you’ll need to designate individual storage areas for them. The solution to this problem is to have a desk or a computer table. While desktop computers are limited in where they can be stored, laptops are portable. Also, it’s mobile enough to use while lying in bed.

A portable personal computer, or laptop, was inspired by the need for convenient access to computing power while on the go.

Since producing one of these very effective machines would be an incredible undertaking. In this case, there is not much that can be done. In this case, your only option is to disperse your PC setup throughout multiple rooms in your home. A nearby outlet is required for it, as well.

Finally, this is the last one of the disadvantages of owning a desktop. You will need a backup plan in case of a power outage.

Without the constant power source, your computer won’t last longer than 5 minutes. You may avoid this problem only if you have a reliable inverter configuration that can support your computer’s load for an extended period.

Pros Of A Laptop

Putting together a regular laptop, as opposed to a Desktop, is a chore most people can do.

Most modern computers may be opened and used immediately without any special preparation. What’s more, unlike computers in this country, you won’t have to deal with the tangled web of wires connecting them. If your laptop’s battery is virtually dead, you’ll only need to plug it in. The first step is a single powerful press, and everything else follows.

The modern laptop has evolved to the point where its original definition no longer applies.

You can now choose from several excellent alternatives to the standard clamshell case. It’s convenient for businesspeople to have the choice of purchasing a laptop with a touch screen, as this device can serve as a replacement for both a traditional laptop and a tablet. The guaranteed adaptability of a laptop that folds completely around your body is offered by one that can be opened to 360 degrees.

One of the key draws of the laptop was its convenience for traveling. People don’t have to stay put to satisfy their computer requirements. It shouldn’t be an issue if you can or prefer to work from home instead of coming to the office. College students who spent most of their time using computers in class were similarly dispersed.

Cons Of A Laptop

Investing In An Upgrade

A laptop can have numerous features added to it. Still, it pales in comparison to a desktop.

Those willing to spend a little more on a laptop will have access to more powerful machines. However, they may be tailored to a particular field or set of requirements. As a result, you won’t be able to replace your laptop whenever necessary. For instance, a laptop with a strong processor might not suddenly become sluggish if you start editing professional-quality videos. As a result, it’s important to read a lot before buying a laptop.

The battery allows you to work without being close to an electrical outlet. But the quality of your computer experience will suffer if your laptop has a weak battery. If you’re shopping for a laptop, you should demand at least four to five hours of battery life. Without a good battery, your high-powered gadget won’t be of much use if you can’t power it in the first place.

Miniaturization and nanotechnology are two goals shared by all laptops and other electronic gadgets.

Despite the current trend toward thinner and more aesthetically pleasing laptops, one simple fact remains. Reducing the available hardware makes producing energy more of a challenge. Nevertheless, several high-quality laptops have proven their worth by being just as powerful as their PC counterparts. However, a desktop computer has the advantage over a laptop in the long run.

The desktop computer and laptop both made major contributions to technology development. So, both of these tools are excellent options.

However, this discussion is necessary because of certain requirements and cases. Before deciding, each of them is the best suit for a certain situation; for instance, a laptop may be recommended for a student while a desktop for a gamer.